You Betta Belize It! 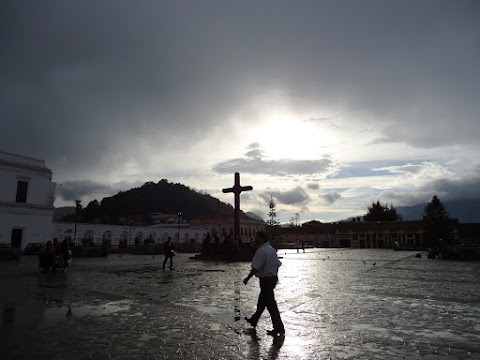 Town square in front of a San Cristobal Cathedral. Mexico was amazing! Off to Belize!

I was making the “You Betta Belize It!” pun as soon as we started talking about going to Belize. I was pleased to find out that they actually use that as a slogan for stickers and hats here!

We had quite an adventure to get to Belize. We left San Cristobal de las Casas at 6am on a Sunday morning, headed on a tour to Agua Azul, Miso Ha, and Palenque. It was a remarkably rushed tour, with our driver making very aggressive manuevers in an oversized van. It had to be rushed, because it is somewhat insane to try to do those three things all in one day. They aren’t very close to where the tour started.

But, all told, it was OK, because we mostly did the tour for the transportation to Palenque, which was in the direction we wanted to go. And I can’t complain too much, because rushed as it was, we got to see these places: 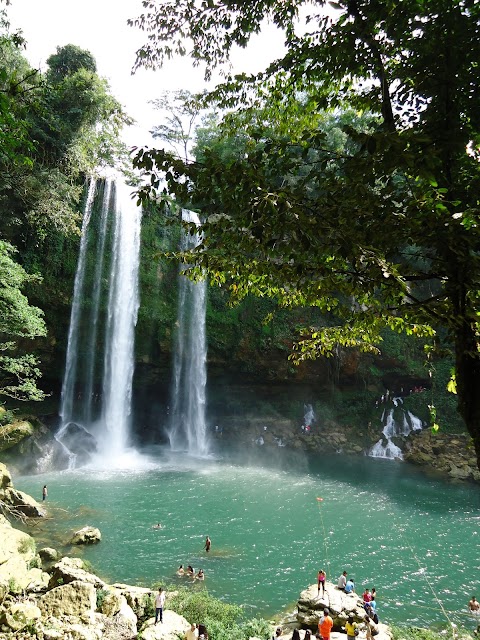 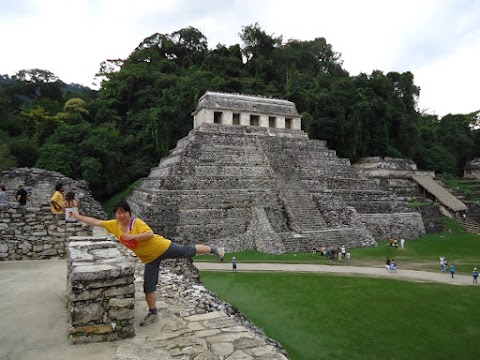 Agua Azul and Miso Ha are both beautiful natural wonders. It would have been nice to spend more time at each of them. And Palenque is a large Maya ruins. The size and intricacy of the buildings was amazing. However, it rained on us quite a bit there. At all three places people selling chotskies were everywhere, which of course makes it difficult to enjoy a place.

On account of the rain, we decided not to camp at Palenque that night, and instead changed our bus tickets to leave that night for Chetumal, which is in south-east Mexico, on the border with Belize.

We got to the Chetumal bus station at 2:30am and slept there on the chairs and benches until our small shuttle bus left for Belize City at 7am. We were immediately struck by the difference between Mexico and Belize. At least in the parts of Mexico that we saw, there were many tiny mountain towns, with most of the buildings made out of concrete blocks and metal roofs. Roosters, stray dogs, and other animals were prevalent. Belize is very wide open, not very populated, with very beautiful and lush nature. And of course English is the official language here.

In Belize City we got on an old school bus which took us to San Ignacio in western Belize. There was loud party music pumping for the entire 2.5-hour ride. Finally in San Ignacio we got a cab ride to Barton Creek Outpost, where we spent the next week.

So, overall, it was quite an insane day and a half of travel. We left San Cristobal de las Casas at 6am Sunday, February 5 and arrived at Barton Creek Outpost, San Ignacio, Belize at 3pm Monday the 6th. Here was our approximate route:

This entry was posted in Belize, Mexico. Bookmark the permalink.

2 Responses to You Betta Belize It!