The Women of Chiapas 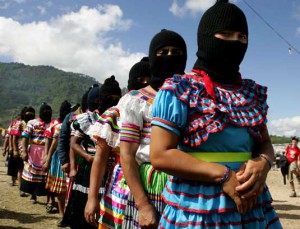 Already we are near the end of our work camp with Natate.  The last two weeks have flown by and we have accomplished trabajo muy duro.

San Cristobal is a “romantic mountain city surrounded by Maya villages.”  The Maya influence is strong here.  Most of the people have the compact features, thick black hair, brown skin and strong noses.  Half of young women dress in modern garb a la Forever 21 (here teeny tops can be had for 10 pesos which is less than a dollar) the other half dress in traditional wear.  Beautifully embroidered blouses, skirts and shawls.  It seems as the local women are rarely sitting still.  They sit industriously flying needles through fabric, bringing their heritage to life, creating wares to sell and don their families in finery.  Else they walk the pedestrian boulevards with babies slung on their backs, hawking wares, or food from small carts.  Even the children are hard at work selling candy, chotchkies, flowers, or caring for younger silbings.  Yesterday I saw what seemed a young girl near 8 years old with a baby slung on her back.  She may have been caring for her younger sibling or she may have been a beautiful young Mayan mother. The Mayan are of shorter stature than their mestizo counterparts so it can be hard for me to estimate age. 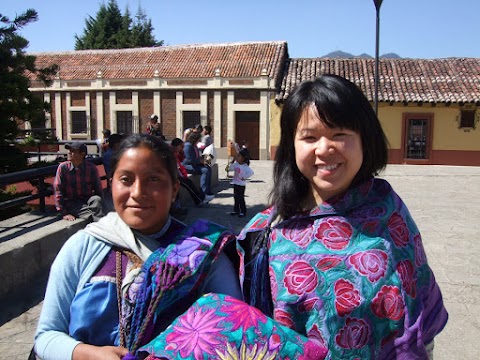 I am told that just 20 years ago the streets were different.  Locals did not wear their traditional clothing and they did not sell their crafts on the street.  In 1994, indigenous locals were not allowed use of the sidewalk, own land or attend school.  Now that we are 18 years past the initial Zapatista uprising there is more pride in local culture.  The EZLN have started schools and health clinics where there were none before.  Men, women and their families wear their heritage with pride.  Museums and shops devote themselves to demonstrating the detailed weaving and embroidery work. Tzetzal and Tzotzil Mayan  language classes are offered at Casa de Arbol (which also houses Bio Bio, the partner cafe that provides us a tasty organic 3 meals a day.)

Last weekend we had the privilege to visit Oventic, an autonomous Zapatista community, and San Juan Chamula, a Catholic church which has integrated Mayan religious traditions.  Both places awed me with women taking strong roles in a country that still does not allow women to inherit property.  Zapatistas in Mexico fight for their rights as indigenous tribes to sacred land and a peaceful life.  After centuries of abuse, oppression and exploitation the EZLN have made huge strides in taking care of their people where the Mexican government has failed.  The communities continue to suffer harrassment from Mexican military and paramilitaries. Many men, women and children have died in the struggle for independence and power.

Some of the most powerful actions were by Chiapanecas.  Women decked in colorful finery with face bandanas, babies in slings and small children confronted Mexican Army troops illegally stationed on indigenous farm and forest land.  They pushed troopers and yelled for them to leave.  There were successful at moving the troops from their water source.  I can only imagine the shame fulled armed troopers might feel at being pushed around by women and children in dresses. 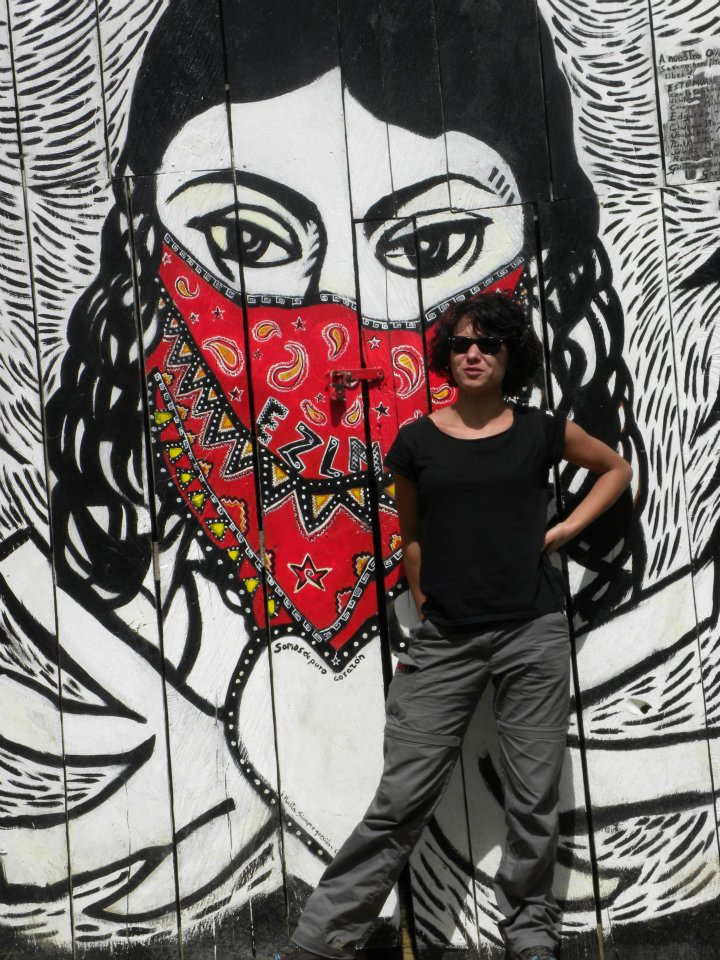 Marine with Zapatista mural in Oventic. Most of the public buildings were covered with beautiful powerful murals of peace, justice, education and health for all.

While in San Cristobal de las Casas we also had the privlege of being served delicious food three times a day.  Our chefs would work late hours preparing and serving us food instead of being at home with their families.  One chef in particular, Sali was so creative at meeting our special dietary needs.  Thank you Sali!

This entry was posted in Mexico. Bookmark the permalink.

2 Responses to The Women of Chiapas